Islington and the Spanish Civil War 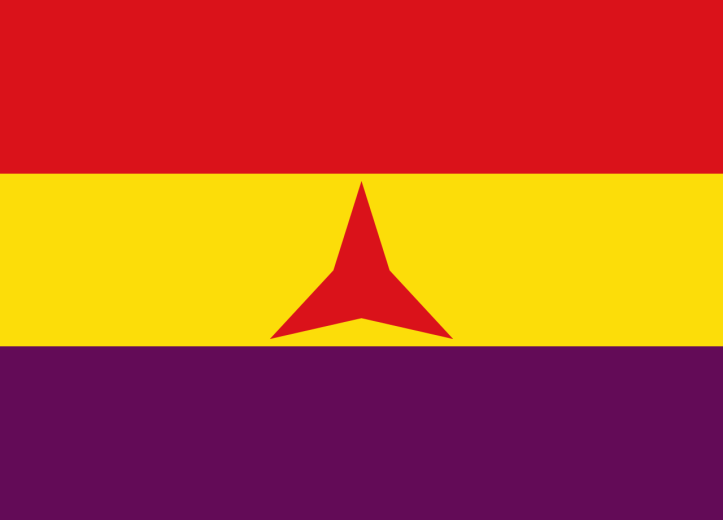 Having recently attended a fascinating lecture about the Spanish Civil War at my local library, I was intrigued to hear that the same body was also organising a walk around the part of London in which I live – Islington – highlighting areas of historic importance because of their connection to the International Brigades.

I arrived at the Marx Memorial Library in Clerkenwell on a gloriously sunny Saturday. It was the perfect day on which to go for a walk – and also the perfect location in which to begin the walk: this was where a number of members of the local Communist party had met in December 1936 before heading off to Spain.

The Spanish Civil War had begun four months earlier, in July, when a group of generals led a coup against the country’s centre-left government – beginning a brutal conflict which would last for three excruciating years. The international ramifications of this war were immediate; whilst most governments, including those of Britain and France, adopted a policy of non-intervention (and signed a treaty that they would not sell arms to the Spanish government), many civilians were horrified by what they perceived as the rise of fascism. It was out of this horror that that the Internal Brigades were born.

Over 35,000 Brigaders, from over 50 countries, fought in Spain. 15,000 of those men would go on to die in the conflict and at least half of all volunteers were wounded. From a local perspective, we know that over 30 volunteers from Islington fought in battles at Jarama, Brunete, Belchite, Teruel and the Ebro. The Brigades attracted high profile ‘names’ such as Laurie Lee and George Orwell, but had a much broader appeal than that, recruiting plumbers, academics, miners, engineers…people from all walks of life, in other words.

Most of the British volunteers signed up through their local branch of the Communist Party, which sent them to the Communist HQ in London for an interview. Candidates with military experience were preferred – but political knowledge counted, too. Successful candidates were instructed to buy a weekend boat ticket from London to Paris (no passport was required, back then) and from Paris travel onwards to Spain. Many Brigaders chose to make that part of the journey by foot and endured a gruelling hike through the Pyrenees.

The Brigades’ role in this conflict would last until 1938, when they were disbanded by the Spanish government hoping to put pressure on Franco to send home the much larger number of Italian and German forces fighting on his side (the tactic failed). When they left, the streets of the pro-Republic Spanish cities were lined with residents thanking the Brigades.

Having bid a reluctant farewell to the MML (a treasure trove to which I will definitely return), the first official stop on our walk was an unexpected one: Finsbury Health Centre. Built in 1937, its remit to provide free healthcare (this was pre-NHS, remember), one of the first doctors employed here fought in Spain. He wasn’t alone among his profession; the Spanish Medical Aid Committee, busily fundraising, collected enough money within two months to send a first medical unit to Spain, comprising an ambulance, orderlies, nurses and doctors. One of these nurses would later return to London and work in this very Health Centre, having gained invaluable knowledge of blood transfusions and loss which proved hugely beneficial through the course of WWII.

Our next stop was at St Clement’s Church, Barnsbury, whose inspirational vicar during the 1930s, Reverend Iredell, gave a clenched fist salute at the end of each sermon he preached, as well as leading discussion groups about Marxism and Christianity. Interestingly, the Church accepted what he did, whilst not sanctioning his actions or beliefs.

Passing by Finsbury Town Hall (one of my favourite buildings in Islington), we learned that many fund-raising events for the ‘Aid Spain’ movement were held here. It is also where the memorial service for Alec Leppard, a member of the Islington Young Communist League and who died at Jerama, was held.

We concluded our walk at Islington Museum, where I was looking forward to seeing its ‘Banners for Spain’ exhibition. Banners played an important role during the conflict and were used at marches and protests to raise awareness of the plight of the Spanish Republic and its people.

Some of the banners on display here date back to the War itself and some are more recent, such as the one below entitled ‘Hammersmith Communist Party Banner’ and designed by the artist Laurence Bradshaw, a member of the Artists International Association and creator of the Karl Marx bust at Highbury Cemetery. On this banner, the men and women on the left send greetings from London to armed soldiers in Spain. A list of volunteers from Hammersmith runs down the centre of the banner, while the man on the left makes an anti-fascist salute in the form of a clenched fist. Believe me, it is hugely impactful.

As well these vivid, colourful banners, the exhibition contains a number of other fascinating artefacts. There’s an entire cabinet devoted to David Guest, son of the Labour MP for Islington North 1930-50, Dr Leslie Haden Guest: David was killed, aged 26, at the Battle of Ebro and here you can see the letter which David wrote to his family explaining his reasons for enlisting, a photo of him meeting Harry Pollitt in 1938, a Republican Army medal and a number of contemporary newspaper clippings. Post-war, Dr Guest, together with other MPs connected to Islington, would join campaigns on behalf of political prisoners and Republican exiles.

Further memorabilia includes flyers for fundraisers (over £1 million was raised by the British people to provide aid to Spain during the War), an ‘Aid Spain’ collection tin from Bristol and a Battersea Ambulance plaque – complete with bullet holes. There is also some poignant black & white film footage showing the British International Brigaders returning to England.

I learned so much today. About Islington, and the role its residents played in the Spanish Civil War – and also about the conflict itself, whose devastating repercussions are still being felt many decades later; to this day, there is no agreed narrative in Spain about the war. Learning about the sacrifices that so many people made was truly humbling. “They went because their eyes could see no other way”, said Bosso Jones, himself an Islington Brigader – and I can think of no better way in which to end this post.