In search of the founding father of Methodism (I didn’t have to travel far; turns out he lived virtually next door) 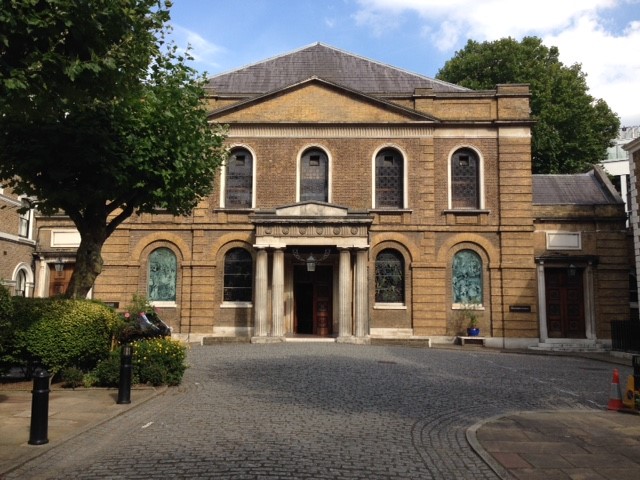 Just a short bus ride away from where I live, in bustling Old Street, lies the building now known as Wesley’s Chapel – a Methodist church built by the influential preacher John Wesley. Still a working chapel, visitors are made very welcome and warmly encouraged also to visit The Museum of Methodism and John Wesley’s House, next door.

I spent several very enjoyable hours exploring the Museum and the Chapel, and plan to return at a later date to the House – with so much to take in (on this extremely hot Saturday), splitting the visit into two felt like the best thing to do. Not knowing very much about John Wesley or the faith that he founded, the Museum proved to be an excellent starting point.

What I will say, first of all, is that visiting the Chapel and Museum is an intriguing experience whatever faith you do or don’t practice. I was raised C of E and am long-since lapsed, but thoroughly enjoyed learning about Methodism. One of the most rewarding things about the Museum is that, while you learn about Methodism, you also learn a great deal about this complex man, scholar and evangelist.

Born in 1703, in Lincolnshire, the son of a rector, John Wesley’s childhood would have a major impact upon his life – as a young boy, he nearly died in a house fire and one of the items displayed in the Museum is a charred 1608 edition of the Bible, found at Epworth Rectory and thought to have belonged to the Wesley family.

John Wesley attended Charterhouse School and from a young age, we are told, witnessed the consequences of poverty and early industrialization – and understood that Christians should help. As far as personal faith went, though, both John and his brother Charles were plagued with doubt until the year 1738, when both underwent life changing conversion experiences. These would lead to John founding the Methodist movement, influenced by members of his own family which included non-conformist preachers seeking to spread the Gospel. They, in turn, were shaped by the era: new evangelical movements were appearing all over Europe. Wesley himself was looking to the future and understood the need to engage ordinary people in Christianity – making the Christian faith meaningful to them, in other words.

Originally against outdoor preaching – until he witnessed its powerful effect – Wesley travelled up and down the country, sharing his views on Christianity. He didn’t want to create a new religion; what he wanted to do was share his love of God, and of all mankind. “The world is my parish”, was his mantra. 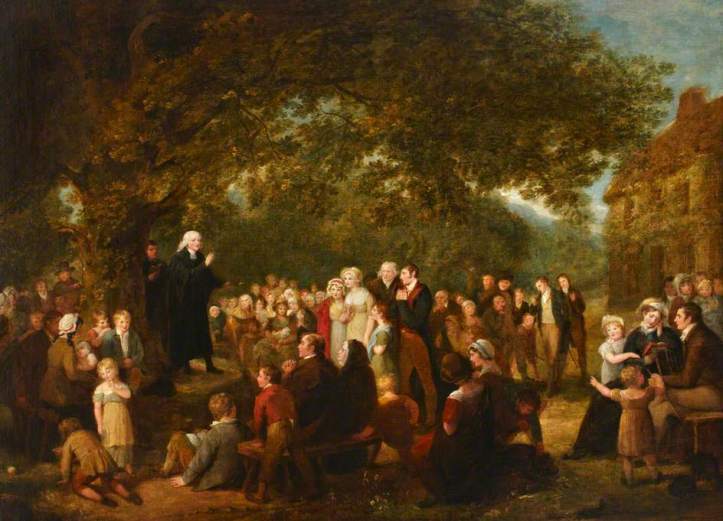 It was on All Saints Day 1778 that this Chapel opened. Designed in line with John Wesley’s specifications – he wanted a chapel that was “neat but not fine” – you can actually view the original documents granting the building’s leasehold to John Wesley. He, of course, was here on the day it opened, leading his service from the top of the impressive triple decker pulpit which remains in the Chapel to this day.

This beautiful building, like so many others in London, has undergone a number of incarnations over the centuries – some of which are documented in the highly revealing sketches and water colours of the Chapel on display in the Museum. I particularly liked the 1798 sampler made by 12-year-old Elizabeth Ryalls; still looking as good as new, it is one of the earliest-known depictions of the Chapel.

The Museum is located downstairs in what was formerly the Chapel’s Crypt, which lends it incredible character. The floor, alone, is striking – it’s paved with 18th and 19th century gravestones which were moved here during the 1980s when part of the Chapel’s burial ground was redeveloped. That might sound eerie, but reading the inscriptions as you wander around the Museum is actually a very moving experience.

Fortunate in that it escaped major bomb damage in both world wars, the Chapel underwent extensive renovation during the 1970s and was reopened by the Queen on 1st November 1978 – 200 years to the day after it first opened.

I think John Wesley would be pleased if he could see the buildings now – and proud of his achievements, so eloquently explained in the Museum. Since Wesley’s day, Methodism has spread across the world and today has over 70 million followers. With John Wesley at its helm, the Methodist movement spread very quickly – by 1760 the first Methodist Society abroad had been established in Antigua. Interestingly, it was within Europe that Methodism was slowest to take off – Christianity was long-established, and this new faith found there were many barriers to overcome.

There’s a fascinating display in the Museum depicting how Methodism became a global movement and containing some intriguing items, including Sunday service programmes from Sudden Street Church in Calcutta, built in 1866, and a travelling communion set. There are many other items, too, but you really should see them for yourself.

One of the Museum’s biggest strengths is the balance between John Wesley the man and Methodism the movement. I came away feeling that I’d had a good insight into Wesley’s personality; there’s no doubt that he was a fascinating and complex character. A supporter of the temperance movement, he nonetheless enjoyed a beer or a glass of wine; a passionate supporter of the institution of marriage, he was long separated from his wife at the time of his death. Isn’t that what makes human beings so interesting though – the fact that we are all bundles of contradictions?

Loved by his supporters during his life, Wesley was revered by them after he died, in 1791, when ‘Wesleyana’ took off – mementoes and trinkets commemorating him. Some of these mementoes are on display in the Museum: a cast from John Wesley’s death mask, a framed lock of his hair and a fragment from his bed hangings. He is buried in a small graveyard behind the Chapel, where visitors may pay their respects; a peaceful home for the man who never stopped trying to make the world a better place for others. 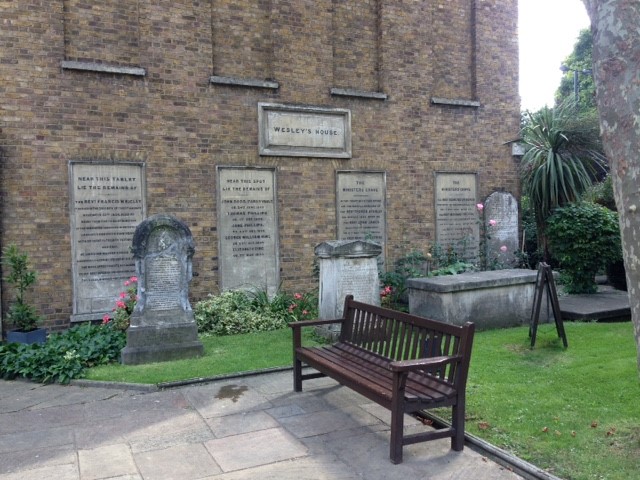