Thrilling. My verdict on the National Portrait Gallery’s tribute to the King of Pop 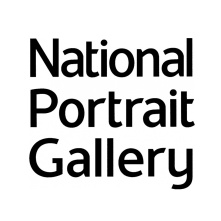 Michael Jackson was one of my childhood heroes. The music, the dance moves, the ground-breaking videos…what wasn’t to love? And I was lucky enough, together with one of my dearest school friends, to see him perform at Wembley on his ‘Bad’ tour – a memory I will always treasure.

I was more than a little excited, then, when I heard that the National Portrait Gallery was planning an exhibition devoted to one of the most influential musicians of the 20th century – and intrigued when I heard what it would entail. Rather than a straightforward biography or a collection of memorabilia, ‘On the Wall’ is about art & artistry and explores the impact of Michael Jackson on contemporary art.

(Gloved) hand on heart, I can tell you that I loved every moment and I would urge any music lover to seek out ‘On the Wall’ for themselves – it is a feast for the eyes, as well as the ears.

Divided into themed rooms, the exhibition begins with an introduction to “one of the most influential cultural figures of the 20th century”. Pointing out that Michael Jackson’s legacy continues to this day, it notes that he was the first black musician to achieve worldwide fame and that he “transcended the barriers, preconceptions and prejudice that had previously limited opportunities for African-American artists”.

To the above, I would add that Michael Jackson used video in a way that had never previously been done. For my generation, seeing the ‘Thriller’ video for the very first time is a memory that will stay with us forever. All of his videos, I believe, stand the test of time.

The exhibition acknowledges this – and the unique influence that Michael Jackson had upon music, choreography and fashion; however, its focus is the impact that he had upon art, hitherto an “untold story”. Ever since he burst on to the music scene, we are told, artists have been drawn to Michael Jackson as a subject and a source of inspiration. Despite coming from different genres and perspectives, each of the artists celebrated is fascinated by what Michael Jackson represented and what he invented. These are my personal highlights:

The above is the first portrait to greet you as you enter the exhibition and certainly one of the most memorable. The pop artist, Grace Jones collaborator and friend of Jean-Michel Basquiat met Jackson through Andy Warhol in 1980s New York and I love his playful, quirky style.

Andy Warhol protégé David LaChapelle created a triptych of large-scale photos in homage to Michael Jackson following his death. Biblical in narrative, the series stemmed from the first time LaChappelle photographed the singer, for the inaugural issue of ‘Flaunt’ in 1998, in which they used saint candles. In the triptych, LaChapelle uses religious iconography to depict Jackson as a latter day saint and modern martyr. I was bowled over by all three photos and in particular by ‘American Jesus’ – whilst simultaneously uncomfortable with the Christ comparison (you can draw your own conclusions as to why).

I’m willing to bet that virtually everyone reading this post is familiar with the image above – the artwork from the 1991 ‘Dangerous’ album. Apparently, it was painted over a period of six months, while Ryden listened to Michael Jackson songs for inspiration. Its complex imagery is drawn from sources including Hieronymus Bosch’s ‘The Garden of Earthly Delights’ and Cecil Beaton’s portrait of the Queen at her 1953 coronation. If you’ve ever wondered why only Jackson’s eyes appear on this album cover, it’s a reflection on how, as his global fame grew, the singer tried to reveal less of himself.

Who wouldn’t fall in love with this signature Ringgold story quilt, depicting Jackson dancing with a street gang in a New York subway station and taken from…yes, you’ve guessed it: the ‘Bad’ video. Featuring images juxtaposed with the names of influential black figures, it triggered in me a huge pang of nostalgia – I vividly remember the first time I saw ‘Bad’ and all the anticipation and media hype leading up to its release.

I love this striking portrait, which Lyle Ashton Harris created in 2010, one year after Jackson’s death. It’s based on the last cover of the singer’s lifetime for Ebony and is part of Ashton Harris’s ‘Ghana’ series, inspired by his experience of living there. Long-considered a pioneer of post-colonial art, the artist sets out to “explore the intersection of contemporary globalisation with a rich cultural tradition, yet one haunted by the shadow of the slave trade”.

I can’t end this post without mentioning the ‘Ghosts’ room, which explores how Jackson’s legacy is both everywhere and nowhere. In a fabulous film segment based upon Cleopatra, Michael Robinson brings Michael Jackson and Elizabeth Taylor together as Egyptian deities, ushering one another into the after-life. It’s brilliantly done and will stay with me for a long time to come. Go see!

Wow. What a visual ride today was and what memories it both ignited and created. Michael Jackson, who would have turned 60 this year, was one-of-a-kind and it’s likely it will be many years before we see another artist reach his level of genius. In the meantime, ‘On the Wall’ is a more than fitting tribute to a man whose legacy continues to win new generations of fans, whilst still thrilling the old.