Jazz, sunshine and Pimm’s make for a winning birthday combination 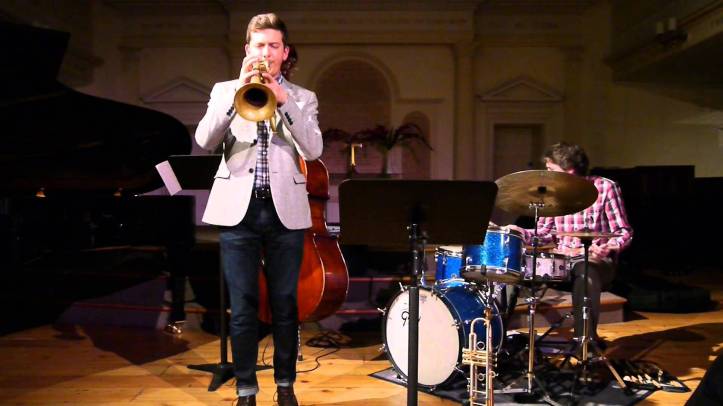 “We’re normally still in bed at this time of day”, joked Freddie Gavita, jazz trumpeter and leader of the Freddie Gavita Quartet. He was referring, of course, to the fact that this was a lunchtime concert – the penultimate in Cadogan Hall’s ‘Out to Lunch 2018’ series: a gem of an idea. Held in the Culford Room, rather than in the main auditorium, these concerts are relaxed and informal – and a great way to discover musicians with whom you may not previously have been familiar.

I don’t think Freddie Gavita will have to worry about people not knowing who he is for very much longer. His debut album, ‘Transient’, was released in 2017 to critical acclaim and has been described as a “highly evocative collection of compositions with scintillating grooves, heartfelt ballads and some serious swing taking you a musical journey inspired by many travels and tales of Freddie’s life”.

Winner of the British Jazz Awards ‘Best Trumpet of 2017’, Freddie has already played with the likes of Gregory Porter, Curtis Stigers, Dionne Warwick, Paloma Faith and Jess Glynne. In the Quartet, he combines with long-term collaborators Tom Cawley (piano), Calum Gourlay (double bass) and James Maddren (drums). They are a joy to listen to, as a packed Culford Room attested.

Freddie is a charming and modest performer, chatting away to us about the inspiration behind his compositions: “This one is night bus-themed. It’s a slightly dubious mode of public transport, as you know, and more than once I’ve fallen asleep and woken up miles away from where I’m supposed to be!”

He also paid a touching tribute to Richard Turner, fellow trumpeter and friend, who died aged just 27 in 2011. Describing Freddie as a “brilliant musician and composer” and acknowledging the great support he gave other artists through his Con Cellar Jazz Bar, Freddie told us, “We’re going to perform a happy tune, because Richard was a happy and carefree person”. ‘Turneround’ went down a storm.

‘Strimming the Ham’ came next, so named because of a saxophone player colleague of Freddie who has a habit of stealing fillings from sandwiches. “I caught him doing it once and he told me he was just strimming the ham!” A strange place, the world of jazz.

After ‘Lion-O’, for drummer James (“it allows him to express all the sounds and colours from his drums”), the concert was, sadly, nearly at an end – and what better way to conclude than with ‘Pull Your Socks Up’, dedicated to Freddie’s Year 4 teacher who wrote “Freddie really needs to pull his socks up” in his school report. Beaming at us, Freddie commented: “Eight years old is a bit young to write someone off, but…she was right! Thank you for keeping me in my place, Miss Larwood – it didn’t work, though!”

Such a likeable individual – and such a talented musician, as are the other members of the Freddie Gavita Quartet. Expect to hear more from them very soon. In the meantime, this made for a very pleasant way indeed in which to spend a birthday (the sunshine and a glass of Pimm’s helped, too). 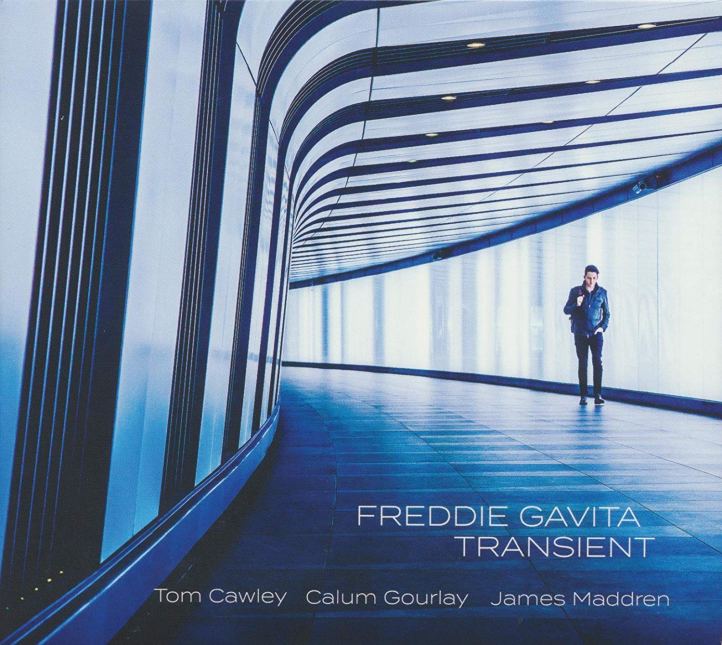