Will Young on finding his (real) voice 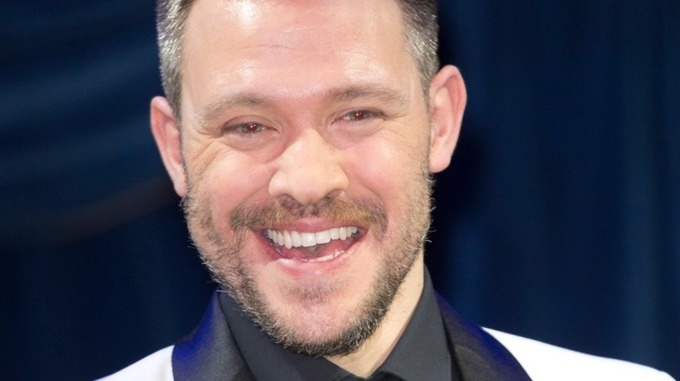 You might say that Will Young has it all. Winner of 2002’s ‘Pop Idol’, multi platinum albums, success as an actor on stage and screen…his looks like the perfect life.

Will himself would beg to differ. Now pursuing an alternative career, as a motivational speaker and host of podcast Homo Sapiens, he was at Shoreditch Town Hall for a Funzing talk about ‘The Voice’: in other words, what he has learned following a nervous breakdown six years ago.

This breakdown came out of the blue in what, he told us, should have been the happiest period of his life. He had just finished recording the album he’d always wanted to make, he was renovating the “ultimate pop star house” and he was driving the car of his dreams. What’s more, the album went to number one and he had just been asked to make a TV special. And yet, Will was miserable.

“I went home one night and said: “Fuck!”. I knew my life had to change, but I didn’t know how. I also didn’t realise how painful the changes would be.” Enrolling on to an eight-week course which “unravelled” him, Will came to the mind-blowing realisation that everything he held to be important really wasn’t.

A “complete nervous breakdown” followed, for which Will sought treatment, participating in group therapy which enabled him to “share and mend”. Gradually, he began to understand how he could use his voice to state what his needs were and what he wanted from life.

Ah, The Voice. Explaining that this is how he communicates (“it’s my back story”), Will read to us an article he has written on the subject of “What it truly means to be oneself”, in which he sets out his key learnings:

• I won’t put up with this behaviour;
• I’m worthwhile;
• It’s not always easy;
• Knowing and speaking my truth = freedom
• It’s essential to have boundaries, otherwise we’re flotsam.

Will also spoke of the hurdles he’s had to clear in stating his self-truth:

• A lack of self-esteem and self-love make it hard to speak our truth;
• If I’m not confident, I won’t be able to speak my truth.

His therapist, Lois Evans, “remade” him, Will says, helping him to overcome his memories of boarding school, where he witnessed sexual and physical abuse. One of the pieces of advice Lois gave Will was to write down his needs and boundaries: this, Will confided, helped him to own his feelings – something we all need to do, even if we’re scared of being rejected: “Everyone fears abandonment”, he mused.

He’s since been able to forgive his parents for the experiences he endured earlier in life. As part of this process, Will wrote letters to his parents telling them that he empathised with the way in which they themselves had been parented. He also wrote letters, as them, to his grandparents: a process that involved anger, grief and crying.

Following a short break, Will announced: “This is a safe space. I don’t judge any of you, and I have no agenda. Nor have I any sense of right or wrong.” This was the prelude to a series of exercises Will undertook with various audience members, about finding boundaries, that he learned in therapy. From these, he learned to speak up when people are behaving inappropriately.

Finally, Will spoke of how his life changed during his 30s as he began putting into practice what he had learned from his various therapies and treatments. “As I began to set boundaries, people would test them – and I had to follow through with the consequences.” He was honest about the repercussions: “Some friends left my life, and my work relationships changed. And some people changed in a wonderful way.”

It was harder with family members, Will admitted, because he was going against the tide. However, “with much practice, and done with kindness”, he was able to get there, helped by John Bradshaw’s ‘Healing the Shame that Binds You’.

I found Will Young to be a compelling, often witty, speaker and I don’t doubt his sincerity in wanting to help others. However, I found some of his remarks more insightful than others. Do you really need therapy to understand that the way in which your parents brought you up will, in turn, have been informed by the way in which they were parented? And surely learning to set boundaries is a part of growing up?

I left Shoreditch Town Hall with mixed feelings and was interested to hear conversations between other audience members who were equally conflicted: some were gushing about Will’s “bravery”; others less convinced. For my part, I shall stick to watching Will Young the entertainer, rather than Will Young the therapist: I loved him in ‘Cabaret’ and respect him greatly as a performer. I shall watch with great interest to see in which direction he moves next.