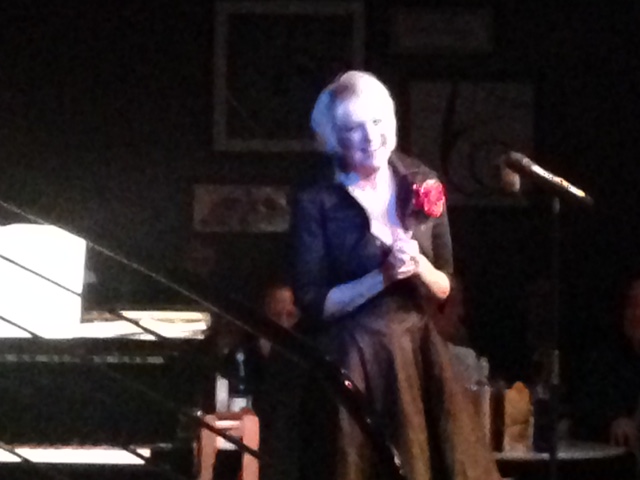 It can’t be easy, being the daughter of an icon like Judy Garland. Revered as she is to this day, it must take nerves of steel to forge a career in the same industry, knowing that however fair or unfair, you will constantly face comparison with your mother – often unfavourably.

And yet, both Lorna Luft and Liz Minnelli have managed to negotiate their way along this treacherous path to success. It hasn’t been plain sailing, obviously: at times (and echoing Judy Garland’s journey) they’ve been more famous for their private lives than for their talent – but they are both survivors, in the truest sense of the word.

Which is why I was so excited when I found that Lorna Luft was performing at The Pheasantry tonight. For a start, it’s a wonderful venue – small & intimate, which allows you to get up close and personal with the performing artist in a way you never can in a setting like Wembley.

Suffice to say that the show did not disappoint. Some people just ooze star quality – and Lorna is one of them. She was also very funny, regaling us throughout her set with tales of Hollywood life and the mentors and friends who’ve supported her on her journey, making cracks about her age and taking the odd swipe at Donald Trump. And who could resist reminiscences about appearing in ‘White Christmas’ on Broadway and as a guest on ‘The Judy Garland Show?

Lorna’s voice is still glorious, and the songs she performed cleverly chosen to showcase it to its best advantage and appeal to an audience ranging from teenagers to somewhat mature: ‘I Say A Little Prayer’, ‘Always Something There To Remind Me’, ‘Walk On By’, ‘That’s What Friends Are For’…you get the picture. Touchingly, she dedicated the latter to Olivia Newton John, a close friend of Lorna’s who has “hit a speed bump”.

It was no surprise that Lorna brought the show to an end to a standing ovation – Chelsea is, after all, where she spent much of her childhood and it clearly loves her as much as she loves it. Would that we could tempt her back to these shores more often: tonight was fun, lively and, most of all, properly good old-fashioned entertainment. They truly don’t make ’em like that any more. 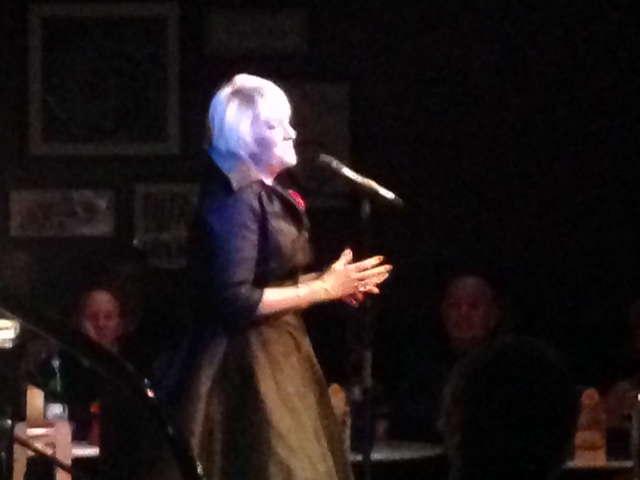