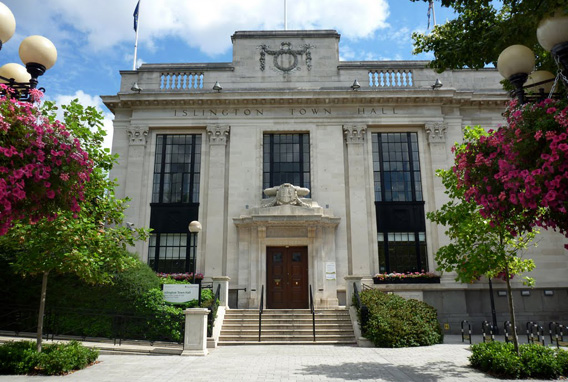 I love Open House Day. I’ve no idea who dreamed it up, but whoever it was deserves a medal – being able to peek inside so many homes and buildings which are usually closed to the public is a privilege.

Last year, I ventured across to Ealing to visit The White Palace; this year, I stayed somewhat closer to home, plumping for a tour of my local town hall, in Islington. I’ve walked past this elegant building countless times – but never previously had the opportunity to venture inside.

I was excited, therefore, to learn more about this illustrious local landmark, with its lovely art deco features – and impressed by the comprehensive knowledge of our guide, Una. I would never have guessed, for example, that this was not the first version of the Town Hall, nor that this is not its original site. In fact, the first Vestry Hall (as town halls were known back then) was built in 1868, further down Upper Street.

Come the 1900s and Islington Vestry was the largest Vestry in London – and struggling to keep up with an ever-increasing population, many of whom were living in what can best be described as overcrowded slum areas. The Islington of those days, it goes without saying, bore very little resemblance to the Islington of today.

It was in 1925 that the Islington Council, as it had become, decided to build a new Town Hall – the version that we saw around today. The idea had been mooted a number of years before, but World War I and its ghastly consequences had put paid to any building projects.

Even after the building work began, progress was not straightforward and the Town Hall ended up being built in three stages. The first section of the Hall was built by Islington’s very first Labour council, which was replaced by a Conservative council in 1922. The Tories, for their part, prevaricated over how much they wanted to expand the existing building, eventually carrying out more work than they had intended, but less that the architect had planned.

Whatever the effects of the politics and the wrangling between those early 20th century politicians, there’s no doubting that the end result was – and remains – impressive. Islington Town Hall, with its Portland stone facade, granite face and Council coat of arms, remains a building to be reckoned with – one that will continue to grace Islington long after all of us shuffle off this mortal coil.

Nor does its interior disappoint. The first thing you notice upon entering is how filled with light this building is – and as you cast your eyes skyward, you realise why: it’s due to the most wonderful glass ceiling, enhanced by a series of equally stunning stained glass windows, all manufactured locally – London’s stained glass business was booming during the 1920s and 1930s. 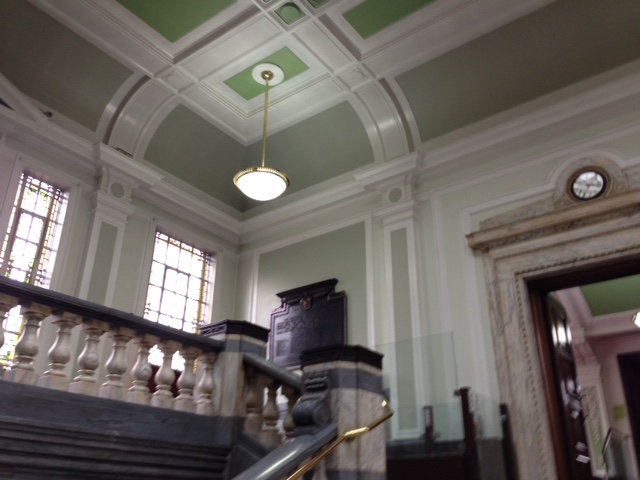 Just as you’re getting over your sense of wonder, your eye is drawn to the beautiful marble staircase directly in front of you. Really, this makes the entrance hall – although it’s imposing, it is also beautiful – and original, the Town Hall having survived both World Wars intact, despite Islington having been heavily bombed during both conflicts.

Seeing inside the building’s Committee Rooms was a real treat. I particularly liked the Mayor’s Parlour, where the Mayor receives her guests – with its open fireplace, red armchairs & matching carpet and original Mayoral desk, it is far cosier than you might imagine. In fact, each of the Committee Rooms is interesting for a different reason – be it the dual purpose room, where the section allocated to men is much bigger than the area allocated to women (I’ll leave you to work out why) or the room in which the name of every single freeman and freewoman is inscribed in gold lettering upon the wall. Among these names is that of Catherine Griffiths, the tireless women’s rights campaigner; the last surviving suffragette, she was Mayor of Finsbury from 1960-61. 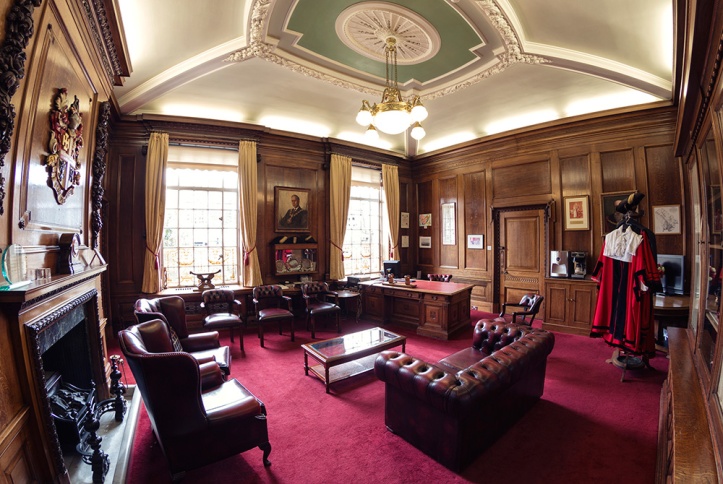 Down in the basement of the Town Hall, it’s a very different story. Whilst brighter and better-maintained than you might expect (especially compared with some of the other Town Halls I’ve visited, such as Shoreditch), you’re left in no doubt that this part of the building has been used for very different purposes. This is where – and I had no idea about this until today – Islington’s nuclear bunker resides. Apparently, every British local authority body invested in one of those during the Cold War – “and it may still come in handy, if things get any worse between Donald Trump and Kim Jong-un”, commented one of my fellow visitors, dryly.

The basement also plays host to a very intimidating-looking safe, built by John Tann, one of Britain’s original safe-makers, and dating back to the 18th century. I’m sharing a picture of this, as we weren’t allowed anywhere near the nuclear bunker (the spoilsports). 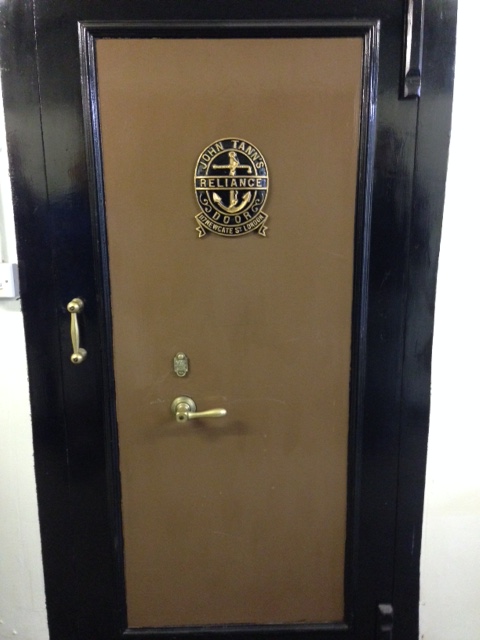 Final stop on the tour: Islington Assembly Hall, adjacent to the Town Hall. This Grade II-listed building was used for variety shows, tea dances and weddings from the 1930s up until the 1980s, after which it was used for storage purposes by the Town Hall. Renovated and reopened in 2010, complete with its original art deco features, it’s now a live music venue and attracts all sorts of well-known acts.

What a fascinating way in which to spend a morning. Steeped in history, Islington Town Hall is both charming and educational. I can’t wait to see what treasures Open House 2018 has in store…