In it for the long haul: Emeli Sandé wows at The O2 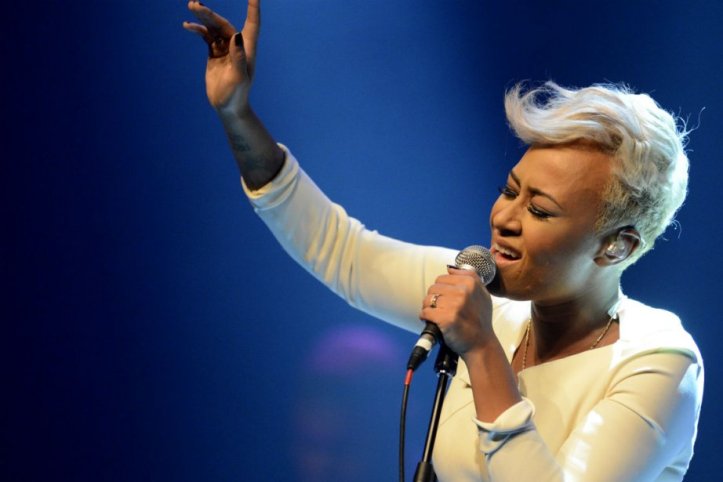 The London 2012 Olympic Games brought us some of the best sport we’ve ever seen, hosted in one of the greatest cities in the world. What a magical occasion it was: the sun shone every single day, while household names were made.

And not just of sportsmen or sportswomen. The Olympics also introduced us to a hitherto reasonably, but not hugely, well-known singer by the name of Emeli Sandé, who thrilled us all with her voice and stage presence. I doubt any of us will ever forget her haunting rendition of ‘Abide with Me’, performed at the Opening Ceremony.

Much has happened since then: Brit Awards, a divorce, an MBE…even performing for Barack Obama at the White House. Now, however, Emeli is on her “big arena/venue” ‘Long Live the Angels’ tour, having just released her second album of the same name. “Thank you all for being so patient with me”, she grinned, before sharing how excited she was to be here: “I can’t believe we’re in The O2 – this is an absolute dream of mine.”

And that showed; this was an evening filled with energy and optimism. The music, of course, was great, with Emeli playing as many songs from her brilliant debut album as from the new album. She also included some interesting covers, such as Janis Joplin’s ‘Piece of My Heart’ (“I love Janis’s style, her passion and her, of course, her music”, Emeli gushed, sending her even higher in my estimation; I love JJ, too).

My favourite part of the concert had to be the piano interlude, which took place well away from the main stage and which, I suspect, was the part that Emeli most enjoyed, too. “Me and my piano, in Aberdeen: that’s where it all began for me”, she told us, wistfully – before going on to perform, minus her band, ‘Clown’ and ‘Suitcase. Just as lovely were an acoustic version of ‘Starlight’ and a spine-tingling rendition of ‘Beneath Your Beautiful’: proper goosebumps moments.

The evening wouldn’t have been complete without ‘Read All About It’ (again, taking us back to the Olympics) or already-a-classic ‘Next to Me’. “This has been a dream evening for me”, Emeli beamed, before slipping away into the night – and on this basis, I think it’s safe to say that there will be many more such evenings to come.