Greatly enjoyed (if that’s the right word) my visit to The Clink Prison Museum, in Southwark, which stands upon the original site of The Clink Prison – one of England’s most notorious prisons.

Hadn’t realised quite how old the Clink was – built in 1144, it was used to incarcerate a whole host of prisoners until 1780 – or how little you needed to do to end up here. Just being in debt, or having had a few too many drinks, was enough to condemn you to years in this hellhole, where disease was rife and torture a regular feature.

Left feeling hugely relieved that we now live in more tolerant times – and in particular that I wasn’t around in the 17th century and therefore never came into contact with The Shrew’s Fiddle, pictured below – an instrument of torture used to punish and humiliate “quarrelsome” women! 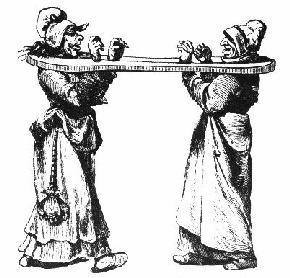