200 years on: inside the mind of Frankenstein creator, Mary Shelley 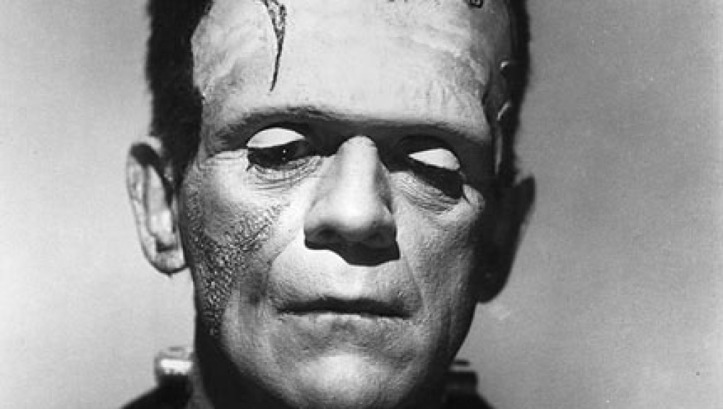 ‘Frankenstein’ must surely be one of the most influential and well-loved novels ever published in the English language. The inspiration behind countless film, TV and stage productions, this year marks its bicentennial and tonight I attended a fascinating talk at The London Library by Miranda Seymour, whose new book sets out to explain who Mary Shelley was – and how she came to write such a complex book whilst just a teenager.

By any standards, Mary Shelley’s childhood was unconventional. The daughter of renowned feminist and philosopher Mary Wollstonecraft and political philosopher William Godwin, Mary was born in August 1797. Tragically, her mother died just two weeks later and Mary was brought up by her father in Somers Town, a shabby, semi-suburb of north London. Here, Mary had the run of her father’s library and taught herself to read by tracing her finger over the words carved into her mother’s tombstone.

An interesting character, Godwin. Mary both feared and worshipped him – and their relationship became strained when he remarried, in 1802. All of a sudden, Mary had both a stepmother and a stepsister, Claire; she would form a close relationship with the latter. Life at home remained rich, with a constant stream of visitors including Samuel Coleridge and who Seymour amusingly describes as “an army of formidable literary women who had admired Mary Wollstonecraft”.

For reasons which remain unclear but may well have been linked to her difficult relationship with her stepmother, Mary spent her teens living in Dundee – which is where she met Percy Shelley. Already married, Percy was a huge admirer of Godwin’s philosophies and what happened next was, possibly, inevitable.

Accompanied by Claire, Mary and Percy eloped to Switzerland; a lack of funds, however, meant that they soon returned to England – via Mannheim, where Mary heard a number of strange tales which would have a great influence on her writing. Back in London, they found Godwin’s door firmly closed to them – and were ostracized by most of their acquaintances. And then, tragedy struck: their baby daughter died. Mary was desolate.

1816 marked a turning point in the couple’s fortunes. They were able to marry, following the death of Percy’s wife, Mary commenced work on the novel that would come to be known as ‘Frankenstein’ – and Claire began an affair with their friend, Lord Byron – at that time, one of the most reviled people in England.

‘Frankenstein’ was completed the following year and published anonymously, having first undergone intense editing by Percy (annoyingly, Mary’s original version has never been published). Although these days we might question why Percy took it upon himself to “help” Mary with her writing, according to Seymour the couple shared a powerful intellectual bond and Mary enjoyed discussing ideas with Percy. More tellingly, she forgave him his “indiscretions” time and time again.

Despite mixed reviews and a limited print run, ‘Frankenstein’ became popular very quickly. Mary would go on to publish several more novels, but none achieved the success of her celebrated debut.

Further tragedy struck Mary, still so young, in 1822: Percy died, in a sailing accident. Mary returned to England a widow; famous by now, she was yet to receive any royalties from her writing. She also had to deal with the vindictiveness of her husband’s family; in a mean-spirited gesture, they refused to allow Mary to use her married name on any future work.

It is ‘Frankenstein’, however, with which we remain obsessed. Arguably the first-ever science fiction novel, its popularity endures to this day – because, argues Seymour, it foretold a world that really did come to bear: cybertechnology, evolving out of control. You could also liken The Creature to today’s political leaders, who we seem unable to rein back from wreaking havoc and destruction all around them. Like Victor Frankenstein, those individuals give no thought to the consequences of their actions.

Above all, believes Seymour, in the same way that it enabled Mary Shelley to address her own ghosts and guilt, ‘Frankenstein’ speaks to our own, secret fears – and there is nothing more guaranteed to keep us awake at night.