Under her spell: Carleen Anderson shows us all how it’s done 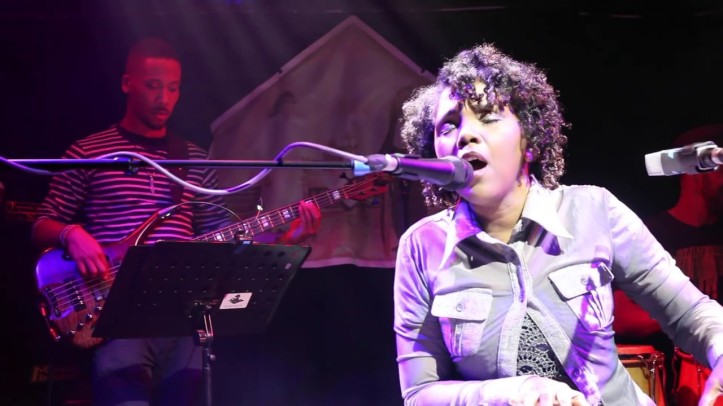 Carleen Anderson has worked with some of the most respected musicians of our time: Bryan Ferry, Paul Weller and Courtney Pine, to name just a few. As a songwriter and session singer, she continues to be in high demand – but she has also forged an impressive career with The Young Disciples and Brand New Heavies and as a solo artist – no mean feat in an industry which tends to pigeon-hole.

Carleen was at the Barbican tonight to promote her “episodic soundtrack album”, which she has called ‘Cage Street Memorial – The Pilgrimage’. This album chronicles the odyssey from Carleen’s paternal grandfather’s birth in late 19th century Mississippi – the first member of her family born free from the US indentured servant system – to her son’s current 21st century life in Bristol.

She performed it to us as part of a tight-knit band: Orphy Robinson, Renell Shaw, Samy Bishai and Crispin Robinson all joined her on stage, amid a filmed backdrop of waves crashing upon rocks (music being a “sacred harbour from rough seas”).

Carleen’s voice is a thing of beauty – it is not hard to understand why so many musicians have wanted to work with over the years. Blessed with a calming stage presence, she holds the audience in the palm of her hand. She comes across as someone who gives a lot of thought to every element of her performance – from her lyrics to the staging, choice of musicians and of venue…this is a woman who knows exactly what she wants, and how to achieve it. But then, Carleen’s been immersed in music since she was tiny; aged just seven, her grandfather tasked her with composing songs for the church choir.

Believe it or not, ‘Cage Street Memorial’ was recorded in just seven days. It’s the kind of music that I’d describe as a slow-burner: lush, sweeping melodies which creep up on you, gradually drawing you in. Seeing them performed by the artist of whom Amy Winehouse once said, “I’d hang around all day just to see Carleen sound-check” made for an evening both joyous and memorable. 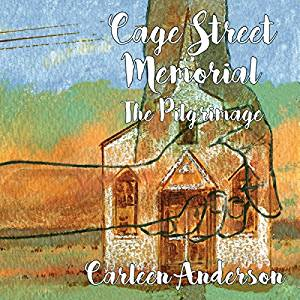